When it was installed in 1890, the grand organ was the largest in the world and described as the ‘finest organ ever built by an English organ builder’. Today, it continues to enthral organ lovers and audiences.

The grand organ is used regularly throughout the year for recitals, concerts, school speech days, dinners and conferences.

Throughout the 19th century British Empire, it was customary for civic halls to be provided with grand organs as imposing symbols of a city’s pride and its aspirations. When Sydney Town Hall was designed, it featured plans for an organ of very grand dimensions, drawn up in 1879 under the direction of William Hill and Son of London.

Their design provided for an instrument of 59 speaking stops, at a cost of £5,000. But even this was considered too modest for the city. Instead, a committee recommended an instrument with 5 manuals and pedals and 150 stops.

English company William Hill and Son made the successful tender for the manufacture of the organ, its freight and installation and 12 months’ maintenance, at a cost of £14,241. Their design included a new feature of a full-length 64-foot pedal stop, never previously attempted. A number of prominent organists were invited to test it, including the organist of Westminster Abbey, Dr Bridge, who considered it to be “the finest organ ever built by an English organ builder”. The organ was then dismantled and sent by ship to Sydney.

The organ case was also designed by William Hill and Son to complement Sydney Town Hall’s architectural character, despite opposition from the city architect who believed the case should be modern in design.

The opening of the grand organ was held on Saturday 9 August 1890 before 4,000 prominent guests. Mr WT Best, the city organist of Liverpool and considered to be the finest concert organist in the world, was invited to play. Best stayed on to play at 11 further public recitals, performing classical and operatic pieces, selections from Bach’s organ works and his own compositions.

The concerts were a resounding success and the organ hailed by the Sydney Morning Herald as “the special attraction of the city right now”. A city organist, Auguste Wiegand, from Belgium was appointed.

His successor, Arthur Mason, was appointed in 1901, beginning a long tradition of Australian organists to hold the post. The current city organist, Mr Robert Ampt, has held the position since 1978.

The splendid tone of the organ thrilled concert goers for decades and organists applauded its mechanical attributes. However, age began to weary the grand organ, leaving music lovers dissatisfied with its performance. By the 1960s, the tone of the organ was becoming tired and unfashionable and it attracted criticism for its "noisy pipes, noisy action and a curious lack-lustre tone", one critic going so far as to describe it as a "monstrous bag of wind". Eventually, in October 1971, it broke down necessitating a full scale restoration. For almost 10 years, Roger Pogson supervised the laborious task of cleaning the dirt-clogged pipes and restoring the mechanism, action and console.

Finally, the grand organ was re-commissioned on 11 December 1982 at a gala concert featuring city organist Robert Ampt and the ABC Sinfonia. The restoration was finally completed in 1992 when the grand organ’s decorative case, completed with gilding, was reinstated as part of the restoration of Centennial Hall.

Forty years on, concluding in 2020, further work included a complete clean of the organ, the replacement of ageing leather and a total documentation of the organ. This document, a world-first for a very large organ, saw every aspect of the instrument measured, analysed, drawn and photographed. Besides becoming itself an important artifact, this exhaustive document makes it now possible to accurately repair or replace any part of this historic instrument, so that future generations will still be able to hear it in its original glory.

Appointed city organist in 1978, Robert Ampt is an internationally renowned organist, who has thrilled generations of concert-goers in Sydney Town Hall with his masterful and musical renditions of much-loved classical and popular music. A dedicated organist, choirmaster, organ teacher and composer of organ and choral music, Robert is passionate about music.

After receiving his graduate and post-graduate qualifications in music from the University of Adelaide, he studied at the Hochschule für Music und darstellende Kunst, Vienna with Anton Heiller (1923-1979), the celebrated Austrian organist, conductor and composer. He was founding co-editor of the organ Music Society newsletter, artistic director of the Adelaide Organ Week, founder and artistic director of the Wollongong Organ Festival and joint organiser of the 1988 Bicentennial Sydney Organ Academy.

With his wife, Sydney University organist and carillonist Amy Johansen, Robert has performed many organ duets in town halls across Australia and in the US and New Zealand, and introduced thousands of children to organ music through specially chosen programs.

A recognised authority on historical organs, Robert has acted as a consultant on organ projects including the acquisition of the new organ in the chapel of Newington College, Sydney and the restoration of the organs in Sydney Conservatorium of Music and Dunedin Town Hall, New Zealand. Robert is a frequent contributor of articles about organs to professional publications and in 1999, he published the widely acclaimed work The Sydney Town Hall Organ – William Hill and Son’s Magnus Opus.

Many will consider Robert’s most significant contribution to be the creation and planning of Christmas at the Sydney Town Hall. This event has brought together a massed choir, children’s choir, instrumental and vocal soloists, brass and percussion player and the grand organ in a spectacular pageant of music, readings and special effects. Much of the music is composed or arranged by Robert, and can be heard on the Move Records CD, Joy to the World.

Robert Ampt is regularly featured as a performer and composer on ABC radio in programs which have included New Sydney Organs and The Improvisation of Chorale Preludes. He has produced audio recordings on the ABC Move, Woodward and Priory labels and the video recording of Guilant’s Symphony No 1 in D minor with the SBS Youth orchestra on the Marcom label. 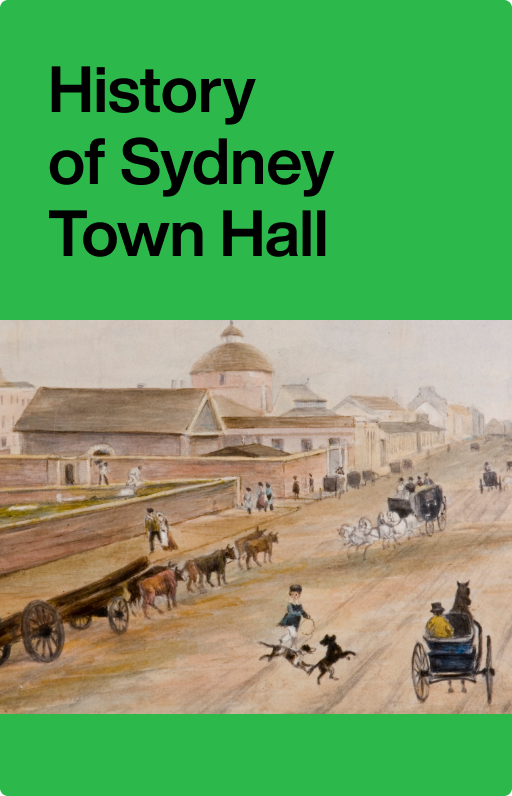