The next election for the City of Sydney Council will be held on Saturday 4 December. 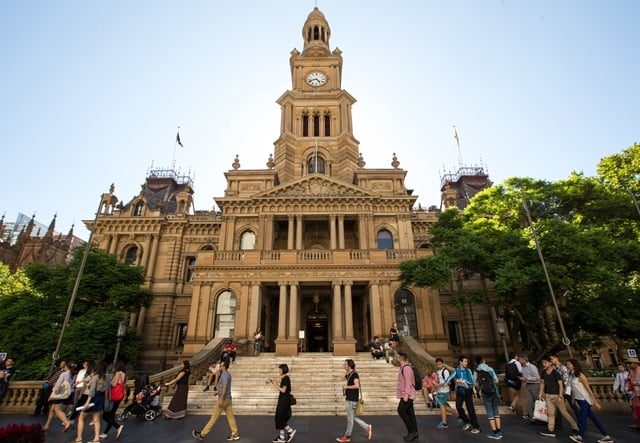 In response to the Covid-19 pandemic, the NSW Government postponed the 2020 Local Government elections.

The next election for the City of Sydney Council will be held on Saturday 4 December 2021.

Local government elections in NSW are held every 4 years.

Yet due to the 2020 election being postponed by a year, the current Council will remain for a 5-year term and the new Council that is elected at the 2021 election will serve for a 3-year term.

Check if you can vote

You can check your enrolment details with the NSW Electoral Commission.

You must enter your details exactly as they appear on the electoral roll.

Polling places, postal voting and online voting (iVote) options are available from the NSW Electoral Commission or you can phone 1300 135 736 for more information.

Absent voting is not available for this election. You must vote using one of the options above.

How to become a councillor

Have you ever thought of becoming a councillor? Bring your skills, influence, knowledge and experience to participate in policy decisions on behalf of your local government area.

The Office of Local Government provides information on being a councillor.

The NSW Electoral Commission provides information about becoming a candidate for the 2021 elections.

A series of online candidate information sessions will be conducted by the NSW Electoral Commission in the lead up to the 2021 NSW Local Government elections.

The webinars will be held from August to November 2021 and will cover the following topics:

Find out more about the sessions, how to register or watch previous webinar recordings.

Keep up to date

The 2021 City of Sydney local government election will be run independently by the NSW Electoral Commission.

The Commission provides regular updates for voters and candidates including:

Expressions of interest are now open to work at the elections in December. Working at an election is a great way for members of the community to earn money, learn new skills and deliver democracy by helping people to have their say.

There are positions available during the election period and on election day itself.

The NSW Electoral Commission has further information including position descriptions, pay rates and how apply.

Displaying and handing out election materials at polling venues

To reduce the risk of COVID-19 transmission between electors, election officials, candidates and volunteers, the NSW Electoral Commissioner issued a new direction under the Local Government (General) Regulation 2021 in relation to the display and handing out of electoral materials.

The display of posters is exempt development under the State Environmental Planning Policy (Exempt and Complying Development Codes) 2008 provided that:

The City’s Graffiti Management Policy states that the City won’t direct resources to removing campaign posters during the two weeks before and seven days after an election provided that they meet a number of criteria:

The City will remove posters on its land that don’t comply with the above conditions, or are displayed outside the time periods listed above.

Get help in your language Register to vote as a non-resident property owner, occupier or rate-paying lessee